I’m admiring the RC James song post of Wim’s poem, and other related pairs that show up on the Open Arts Forum (great place for creative people showing work and exchanging ideas). Collaboration can be like a conversation … Hey, is this what you meant? or How about this in addition to/instead of …? That can contribute mightily to creative experience when creativity is understood as not just a search for a way to express something understood but as a way of discovering more about whatever you’re reaching for. Probably musicians, especially jazz-inclined, get this better than those of us who use more stationary media. Not that either way of working replaces the other, but collaboration can open up possibilities in the process. Maybe it also readjusts our sense of how we function in the world.  — Pat

A zebra with a party
horn and hat has crashed
your thirtieth. This
creature was your friend
when you were three
and lived beneath the
checkered tablecloth
and would come up
from time to time
to munch with you on
globes of milk-drenched
Too-Sweets, but this
was not to be expected.

Hear the horn &
knit your brow &
turn & see &
nod as if you
understand &
turn away.
Your eyes pop out,
you turn right back
& stare amazed.

Her husband has
come back again
as you were raising
up your glasses
in a toast to
one another
naked in white
sparkling wine
swapping an
indecent ripe
Greek olive
faintly tinged
with feta. He
called her from
Tibet an hour ago.
This was not
to be expected.

Death
has come
in a fake
tuxedo
t-shirt
with a
chainsaw
while you
were adding
a rhythm
section to
St. Matthew’s
Passion.
He calls
you by
a name
you can’t
pronounce.
This
was not
to be
expected.

Here are a few lines to celebrate National Poetry Month …

Organic life beneath the shoreless waves
Was born and nurs’d in ocean’s pearly caves;
First forms minute, unseen by spheric glass,
Move on the mud, or pierce the watery mass;
These, as successive generations bloom,
New powers acquire, and larger limbs assume;
Whence countless groups of vegetation spring,
And breathing realms of fin, and feet, and wing.

This poetic description of biological evolution was written by Darwin—not Charles Darwin, but his grandfather, Erasmus. And they appear in his poetic masterpiece, The Temple of Nature, posthumously published in 1803.

Erasmus Darwin formulated ideas about evolution (including Natural Selection) during the late eighteenth century, and proposed that all earthly life was descended from a “single living filament”—pretty much the orthodox view of today’s science. His grandson wouldn’t get around to publishing On the Origin of Species, now considered the founding text of evolutionary theory, until 1859.

I just finished re-reading Desmond King-Hele’s inspiring biography, Erasmus Darwin: A Life of Unequalled Achievement. It brought to mind my post of last year about proverbial foxes and hedgehogs. Remember the words of the ancient Greek poet Archilochus?

“The fox knows many things, but the hedgehog knows one big thing.”

If Charles Darwin was the consummate hedgehog, devoting decades at a crack to the single idea of Natural Selection, then Erasmus Darwin was the ultimate fox—a veritable überfox whose accomplishments ranged across all disciplines, all areas of knowledge. Consider just a smattering of facts about him:

He was longtime friends of Joseph Priestley, James Watt, Josiah Wedgewood, and most of the other the intellectual giants of his time. While he maintained a thirty-year friendship with Benjamin Franklin, the great Samuel Johnson was too daunted by Darwin’s genius to have much to do with him.

Erasmus was a philosopher-scientist of the first order, and a member of Britain’s Royal Society. He invented a copying machine and a voice synthesizer. He understood the electrical nature of nerve impulses before Luigi Galvani and Alessandro Volta performed their experiments with frogs’ legs and muscle contractions. He explained the formation of clouds, cold and warm fronts, and the basics of photosynthesis. He was a pioneer in understanding oxygen; he described how the heart and lungs oxygenize blood, and proposed that water was made up of oxygen and hydrogen.

He was a humanitarian who opposed slavery. As a physician, he gave free medical service to the poor. He was an early feminist who advocated education for girls and women, and he insisted on referring to our species as “humankind” instead of “mankind.” Although an Englishman, he was courageously pro-American during the Revolutionary War and supported the French Revolution. A committed freethinker, he advocated a secular morality based on compassion, and he felt touched and honored when the Pope condemned one of his books.

He was also more than a bit of a prophet. He proposed rockets powered by liquid fuel, a goal unrealized until the twentieth century. He dreamed up an internal combustion engine (one which would not pollute!) and designed a steering mechanism that would eventually be used in early automobiles. Some of his speculations are prescient of black holes, the Big Bang, and the DNA molecule.

All this is just the tip of the iceberg—and by the way, he had fascinating ideas about icebergs!

But here’s what I find most interesting. During much of the 1790s, Erasmus Darwin was considered the greatest living poet in the English language. His poetry and ideas were central to founding the Romantic movement, influencing Coleridge, Wordsworth, Shelley, Keats, Goethe, and Sir Walter Scott. William Blake admired Darwin and designed engravings for his poetry. “Dr. Darwin” is cited (albeit erroneously) in the very first sentence of the preface to Mary Shelley’s Frankenstein. And unlike too many poets from his own age until today, he saw nothing incongruous or philistine about putting forth scientific ideas in verse.

What I like most about Erasmus Darwin is his kindness, good cheer, and optimism. Although, like his grandson, he understood that evolution was spurred by a ruthless struggle for survival, he believed that this struggle was ultimately aimed at “organic happiness” or “the Bliss of Being.” And so I’ll close with these joy-affirming lines from The Temple of Nature: 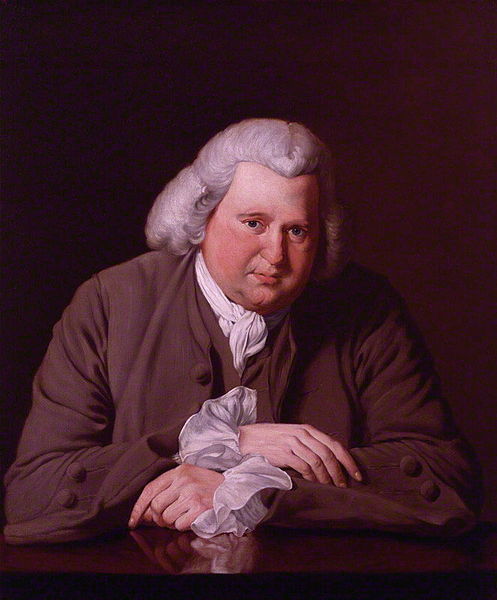 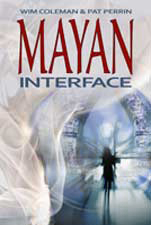 Words about Story from one of our essays—

"Storytelling, like all art, like life, is an act of learning—of finding out. We are mistaken to assume that stories of transformation are only about transformation, mere illustrations. Instead, they are transformation itself, acts of practical alchemy, with the power to alter the reality of every receptive person they touch. (That’s why we must learn to recognize a hate-based tale in any garb, and admit that nothing holy feeds on pain.) As we live our stories and tell them, we learn what they are about … and they change … and they transform."

" The space around a subject, NOT the subject itself, which forms an interesting or artistically relevant shape."

Life, landscape, and lore in Idaho Rockies and on Washington's North Olympic Peninsula

Amidst the Ferns, Find Crafts You Fancy

The End of Time

Author of The Sound of Water and other books